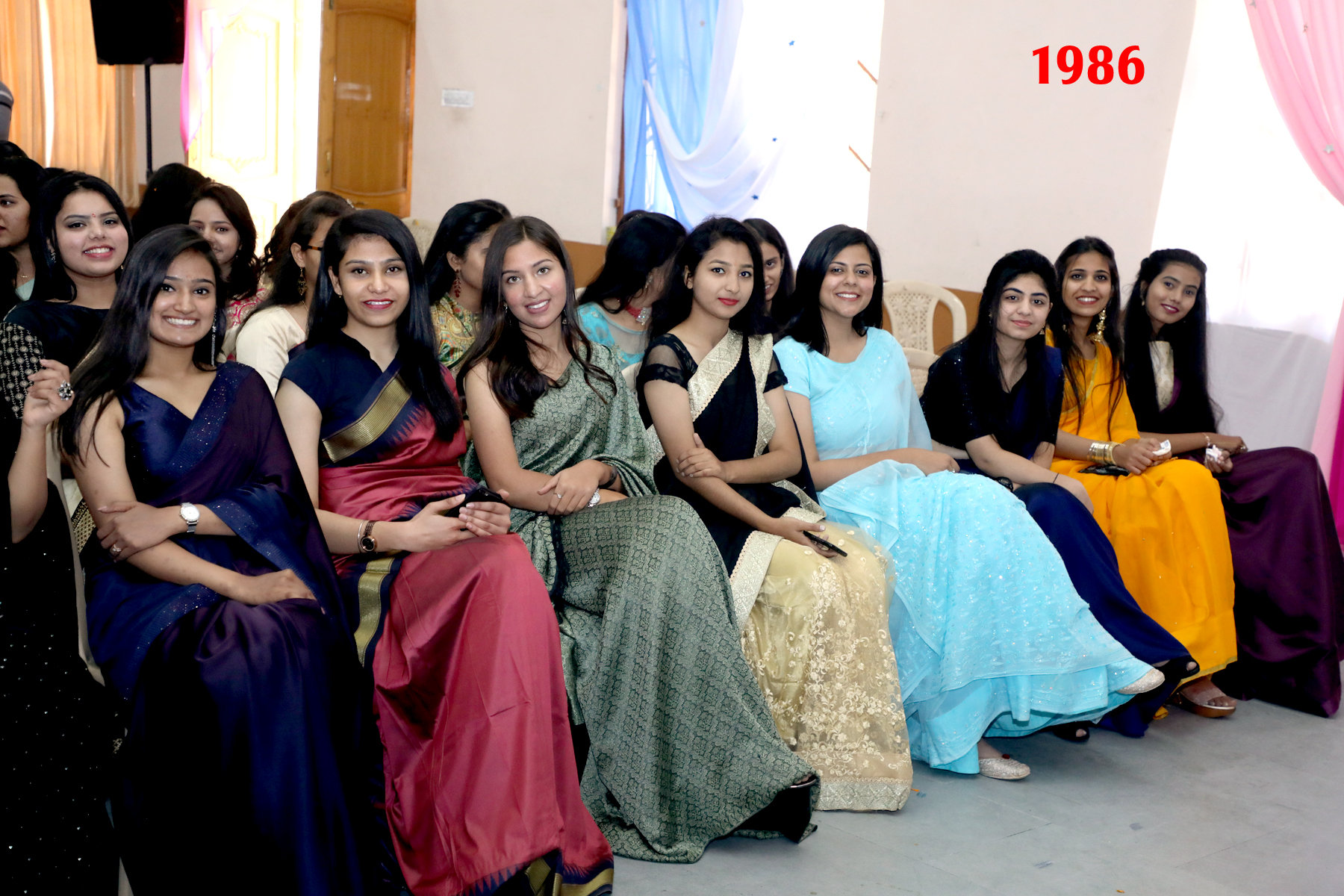 To enthral the devotion of festive spirit ,Sophia School Bikaner celebrated farewell party for the students of class XII on 31 January 2020 in the school premises. On this occasion all the students of class XII registered their enthusiastic presence to make the event memorable. There was a fine amalgamation of Eastern and Western dance presentations by class XI students.

It was indeed a memorable day to cherish. The function culminated with  group photographs and scrumptious lunch. The enthusiastic seniors were bound to take back wonderful memories of the day. A token of love was given to all the outgoing students, the day was filled with nostalgia, fun and excitement! 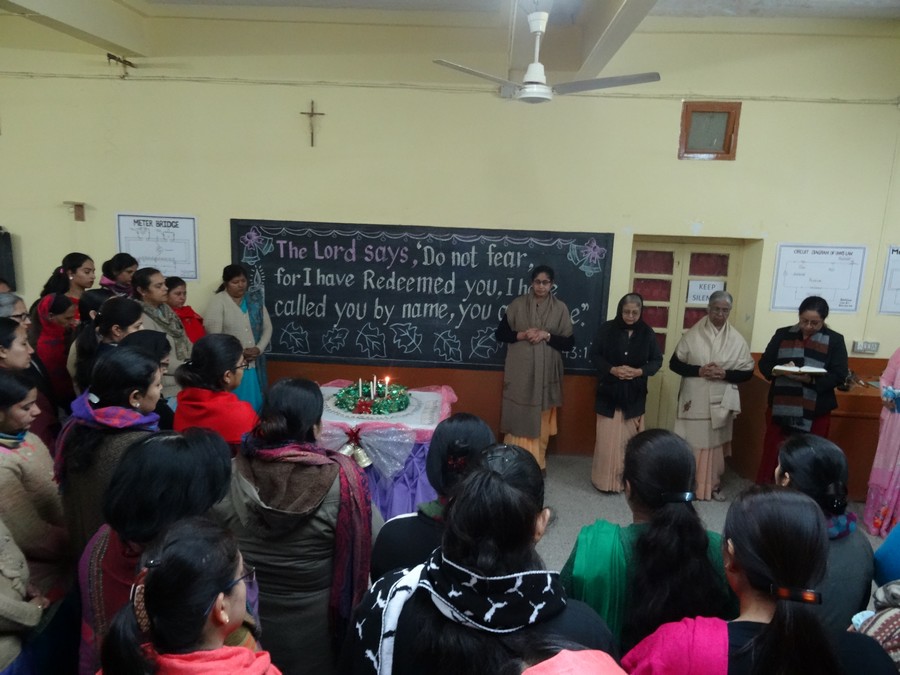 The Green House teachers of secondary section planned the Advent prayer service on 30th Nov. 2019 in order to mark the beginning of the Christmas celebration. Advent is the season of Love, Hope and promise. In this season we worship and prepare for the birth of a baby in a humble stable in Bethlehem and remind ourselves that this child will become the savior of the world. Later on the teachers were asked to choose a card with the name of a staff member which was to be kept secret remembering the member in his or her prayers till the day of Christmas. 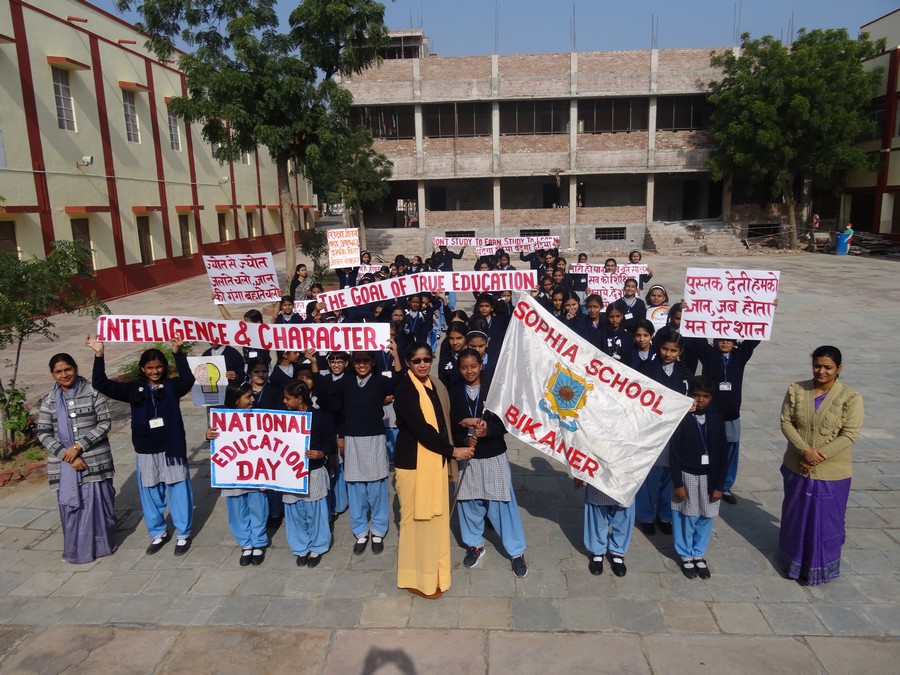 A RALLY ON EDUCATION FOR ALL

The students of class VI actively participated in a rally in order to spread the message that Education is a fundamental human right, without which capabilities for a decent life and effective participation in society are less likely to be developed. All the students participated enthusiastically making sure that the rally leaves an impact on people. 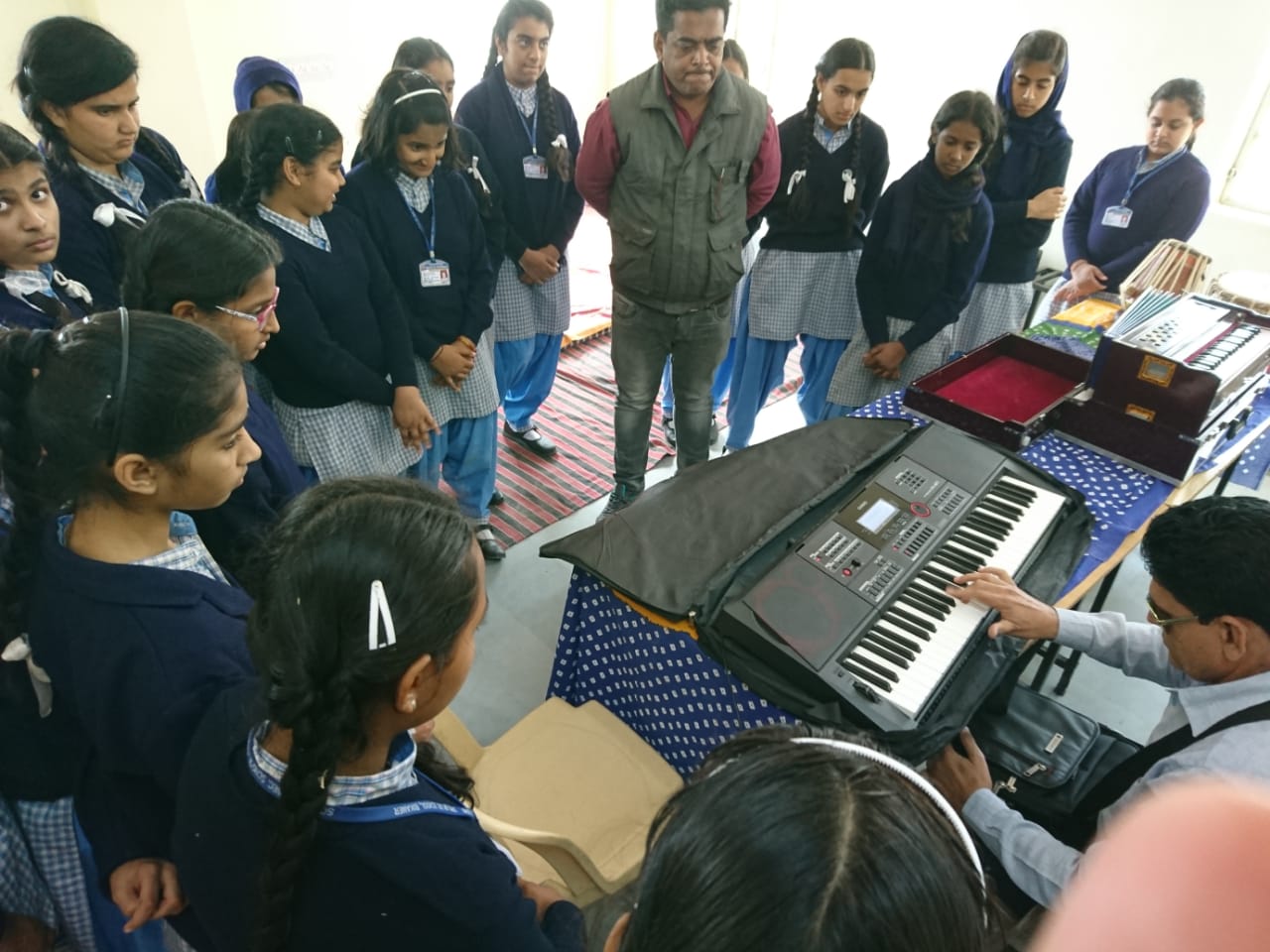 A VISIT TO A BLIND

A few student representatives from classes VI – XI visited the blind school in the New Shiv Bari area on 28th Nov. 2019. They were accompanied by the principal Sr. Leena. Students were taught through special papers and were writing using special machines. They were well disciplined and were trying to learn more and more without thinking about their physical disorder. Our students learnt discipline, respect for teachers and how to stay happy in any circumstances. There differently abled students deserve our love and sincere appreciation.

The Constitution is not merely a statement of values and philosophy, it is a constitution mainly about embodying these values into institutional arrangements. A special assembly was conducted by the students of class XI – C on the Constitution Day i.e 26th November 2019. A prayer service was organized highlighting the fact how the Indian Constitution was made, What its foundation values are and how it provided good framework for the conduct of citizens life and that of the government. The assembly also paid homage to the Father of the Constitution Dr. Bhimrao Ramji Ambedkar, the chairman of the Drafting Committee. He as a social revolutionary thinker and agitator against caste division and caste based inequalities played a key role in making of the Constitution.

During the assembly the Preamble of the Constitution was also read out as it is the soul of the Indian Constitution.

Later an Ex-Sophian Khushali Kaura, a graduate from Dehradun Law University who is a lawyer was invited for enlightening talk. Her views broadened the knowledge of Constitution and all the students listened patiently about the laws, duties and rights provided to women in India. Finaly the students of Secondary and Senior Secondary Section felt that the Constitution has been crafted beautifully in accordance with people’s aspirations and changes in society.

23rd  November heralded the first Science Quiz for the session 2019-20. The event witnessed enthusiastic preparation and participation. The teams comprised of 6 students per house. The students of classes IX & X were the participants. Mrs. Abha Kumari and Mrs. Rachna Aggarwal were the coordinates and quiz masters of the event.

The format of the quiz entailed four rounds for each house where in the final round was a visual round, which the students enjoyed the most. The scoreboard was mentioned by Sir Pankaj Gupta.

Although the teams participated actively the team that scored the most was Blue House. There was much jubilation in the winning teams.

A Debate competition was organized for the students of class VIII. The aim of the competition was to hone public speaking skills of the  students and teach them to be articulate while expressing their thoughts and opinions. The speakers spoke eloquently on the topic Skill v/s Competencies.  The participants speaking for both ‘for’ and ‘against’ the motion debated enthusiastically Mehal, Riti and Jahanvi of section A,B,C of VIII standard bagged first, second and third prizes. 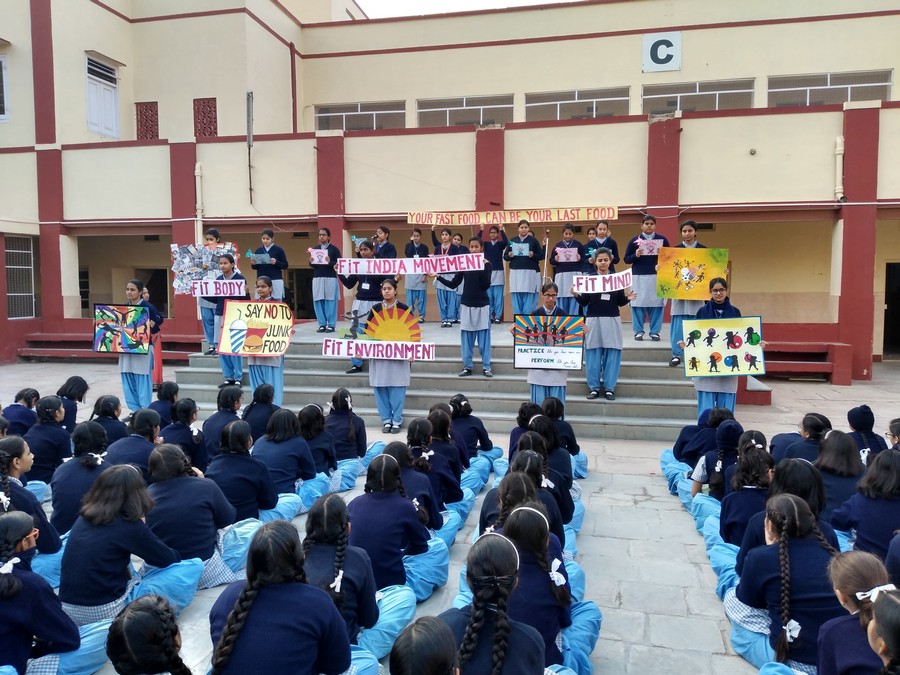 Students of class XI conducted a special assembly on 'Fit Body, Fit Mind and Fit Environment'. Through their assembly they elucidate the importance of healthy food in one's life. Eating a healthy diet is not about strict limitations or depriving yourself of the food you love, rather it is about feeling great having more energy and improving your health. Regular exercise, yoga or sports on the playground not only improve span of attention and memory but also reduces stress. Class XI students made us, aware the benefits of 'Surya Namaskar' through the display. Students of all the classes learned 'Surya Namaskar' and other exercises and took oath to inculcate in their lives.

Hindi debate for classes IX and XI was conducted in the assembly ground.  There were 6 participants from each class. All the students spoke very well with full confidence and proper diction. The participants spoke for both ‘for’ and ‘against’ the motion and debated enthusiastically. It was an effective and impactful discussion wherein the youngsters understood few articles from our constitution and their importance.