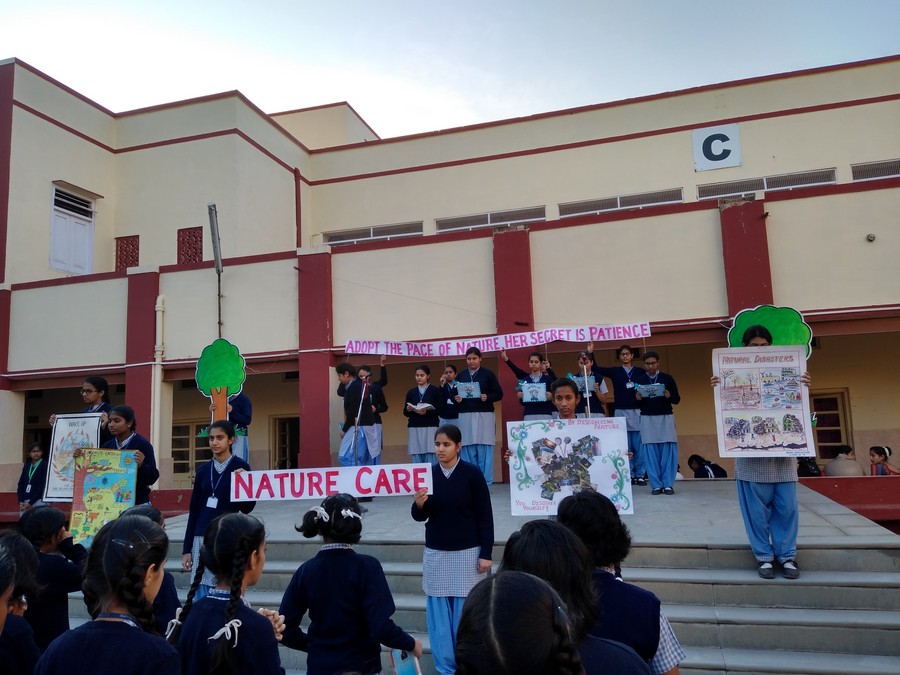 Class XI conducted special assembly on ‘Nature love’ on 19 November 2019. ‘Nature provides enough to satisfy every man’s need but not every man’s greed.’ Based on this theme, class XI portrayed the importance of nature in human life. We should care for our nature, make it peaceful, keep it clean and prevent it from the destruction so that we can enjoy foster its beauty and bounty. The message given by class XI through their meaningful assembly should be followed by every individual. 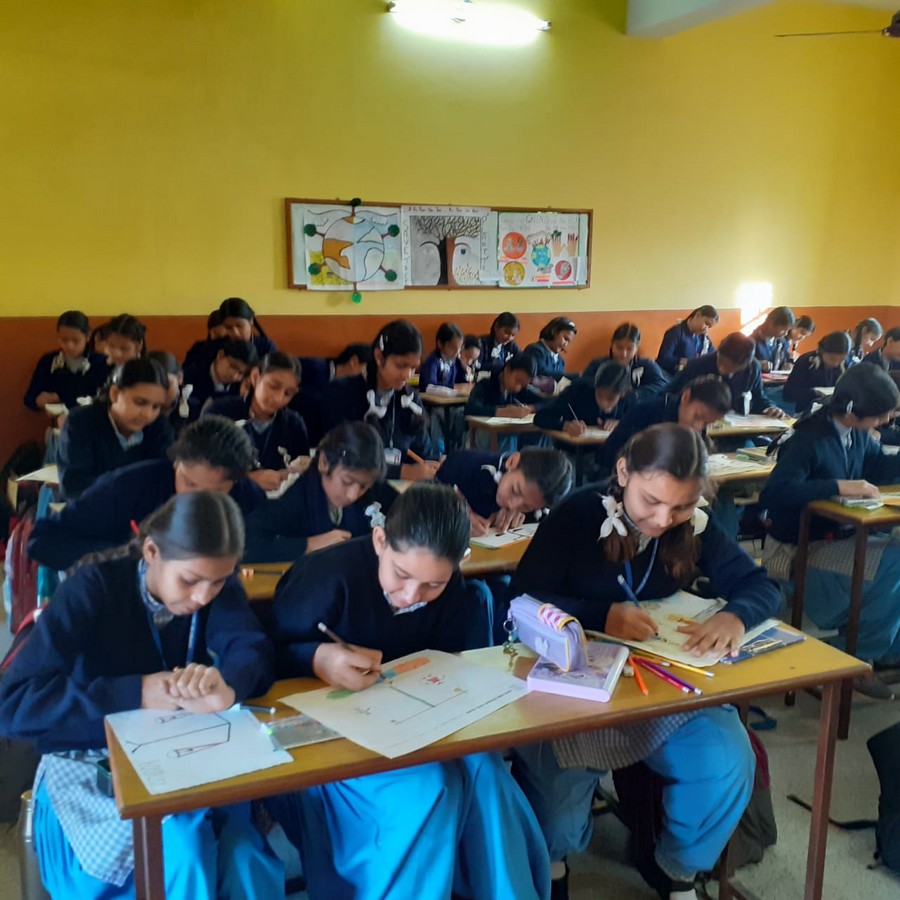 VARIOUS COMPETITIONS ON THE THEME - FUNDAMENTAL RIGHTS AND DUTIES 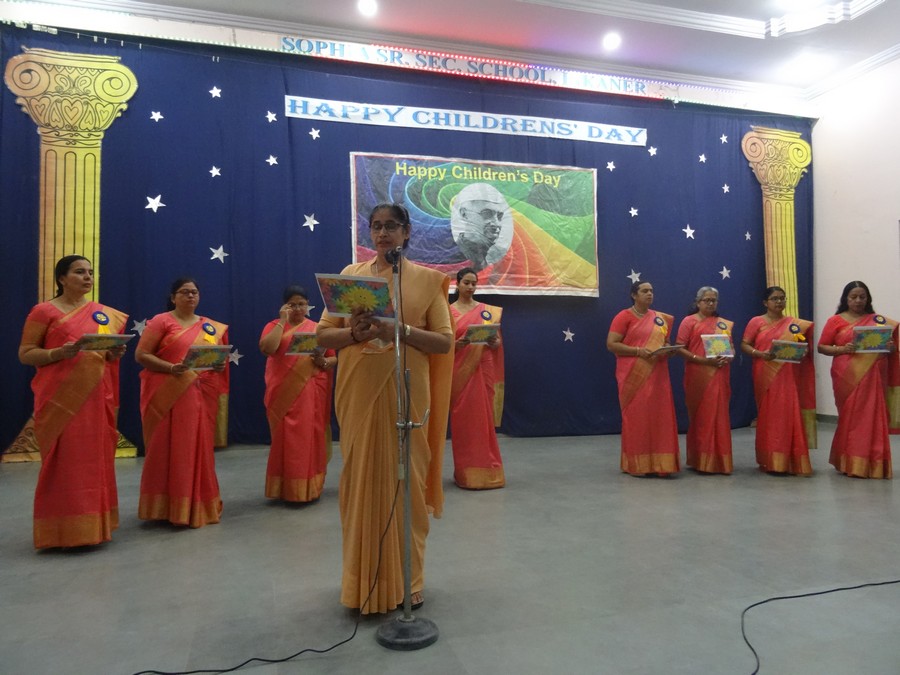 CHILDREN’S DAY SPECIAL PROGRAM & PICNIC
The celebration began with a prayer service conducted by the teachers. It was then followed by a colourful dance. An entertaining skit by the male staff overwhelmed the students as they cheered their teachers when they saw them on stage and laughed boisterously at their jokes. The school had also organized a picnic for classes VI – XII. Different wings were taken to different spots. The whole school was full of hustle and bustle when the students of different classes were seen making their way towards their respective buses. Class XI & XII visited film city and enjoyed clicking photos and then reached Ganesha Resort where classes IX & X were already tapping their feet on the DJ Dance floor. The students of class VI – VIII were taken to Udaigarh Resort. Even the teachers could not resist the living temptation of the dance floor. Everyone had a big smile on their faces indicating they had a great fun.

On 8th November 2019 Maths and Computer quiz was conducted in the school auditorium. Class VIII students from each house participated in the maths quiz. There were four rounds to test their logical thinking, creative and imaginative skills and knowledge. Girls of yellow house won the trophy. Thereafter computer quiz was conducted besides participants, audience were also actively involved. The zeal and enthusiasm of students was with appreciating. 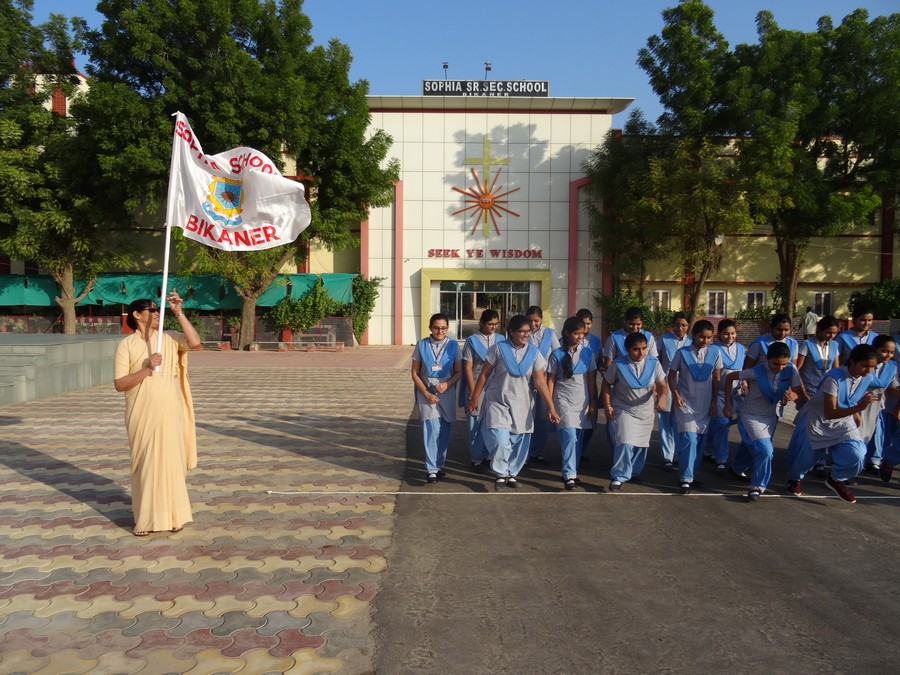 INTER-SCHOOL GAMES AND SPORTS COMPETITIONS
The students of Sophia Senior Secondary School participated in various Inter school games and sports competitions in the month of November. Classes IX-XII took participation.
The students had participated in the under 14, under 17 and under 19 categories for basketball, handball and Table Tennis. Each time member received a certificate and memento as they were the winners of handball team, basketball and table tennis teams. Indeed a proud moment for all Sophians to cherish. 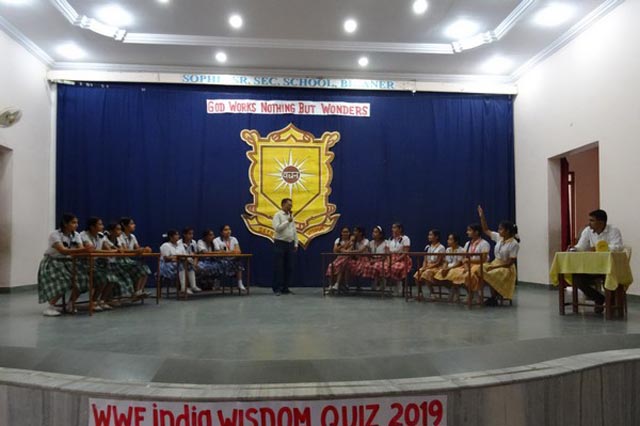 WWF Wild Wisdom Online Quiz was organized for the students of class VI – VIII to raise awareness regarding the wild life of our country. It was an opportunity for the students to delve deeper into the amazing mysteries of the wild. 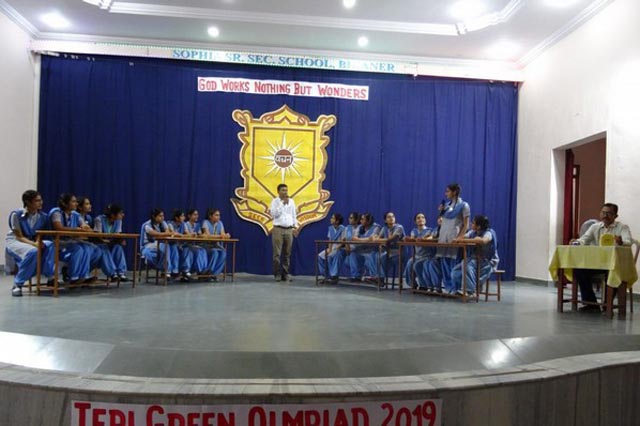 TERI Green Olympiad Quiz was organized in Sophia Senior Secondary School, Bikaner as the institute TERI, The Energy And Resource Institute specializes in the fields of energy, environment and sustainable environment. Students of classes IX – XII participated in the quiz. The objective behind was to test students environment awareness and their analytical skills. Questions on a range of issues related to water, waste energy, air, agriculture, urban landscape, bio diversity, climate change and sustainable development were included in the Quiz that was conducted house wise. 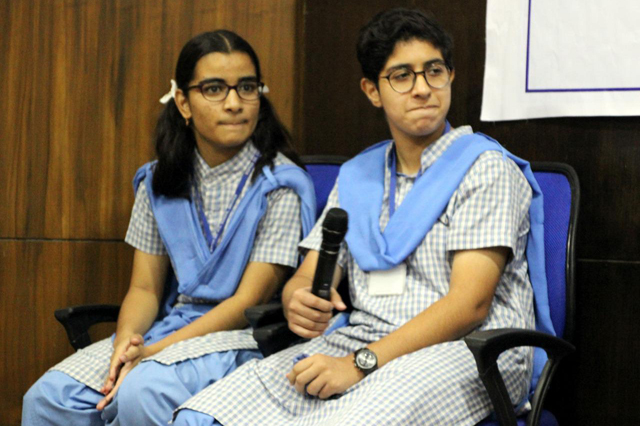 An Inter School Quiz Competition was organized with the objective to inform growing generation of students about the interlink between their culture and heritage. Sophia Senior Secondary School, Bikaner participated whole heartedly. In order to build greater awareness  about rich cultural heritage of our country and to promote its preservation the India Quiz was conducted in Seth Tolaram Bafna Academy, Bikaner.

The quiz included two rounds the 1st was a written round with twenty questions that were to be answered in 1 hour. For the second round the students were divided in 4 teams selected from a lot of 152 students from different schools. The theme that was adopted was India’s Heritage.

Sophian team comprising Riya Saigal of class X –C, Nandini Singh of class IX – B, Prabshine Kaur of class IX- C and Neetu Prajapat of class X – B ended up by getting the 2nd position. Overall this quiz was quest of knowledge based on our wonderful Heritage. The quiz sensitized the students with the rich cultural diversity that is inherently Indian. 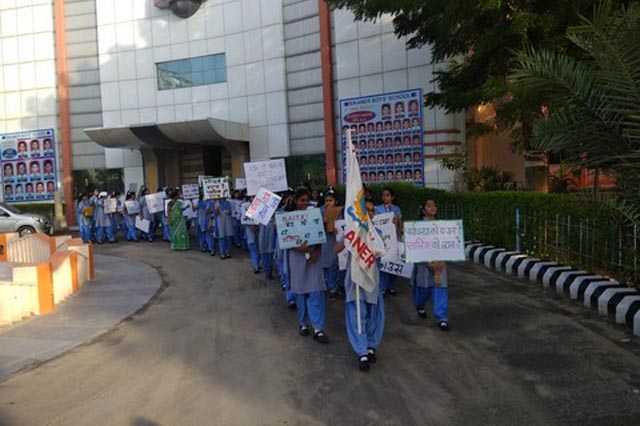 Clean India Mission Rally was organized in our school on 5th October 2019. Students of class VII C started the campaign from the school campus, along with their class teacher and launched a cleanliness drive giving the message to ban plastic. They walked to Bikaner Boys School raising slogans with placards and banners in hands, spreading the message of reducing the use of plastic. The girls started with a short prayer service which was followed by a play depicting the harmful effect of poly bags. They also performed a dance on the song ‘Soch Sayani’ which gives the message what to use instead of plastic.

Everyone praised the initiative taken by the Principal Sr. Leena in order to promote health care and cleanliness of the environment. The students felt a sense of satisfaction after doing a little towards making their country a little cleaner. 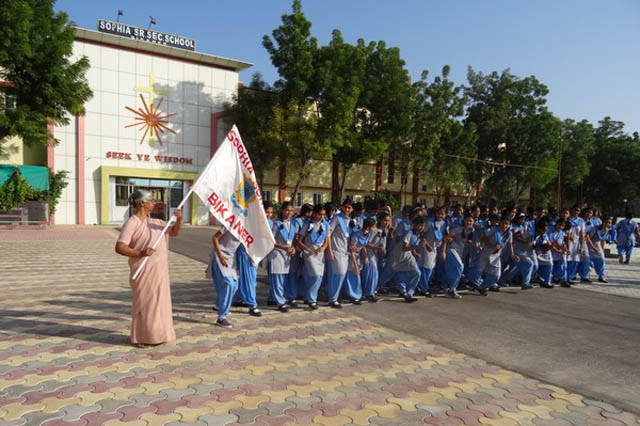