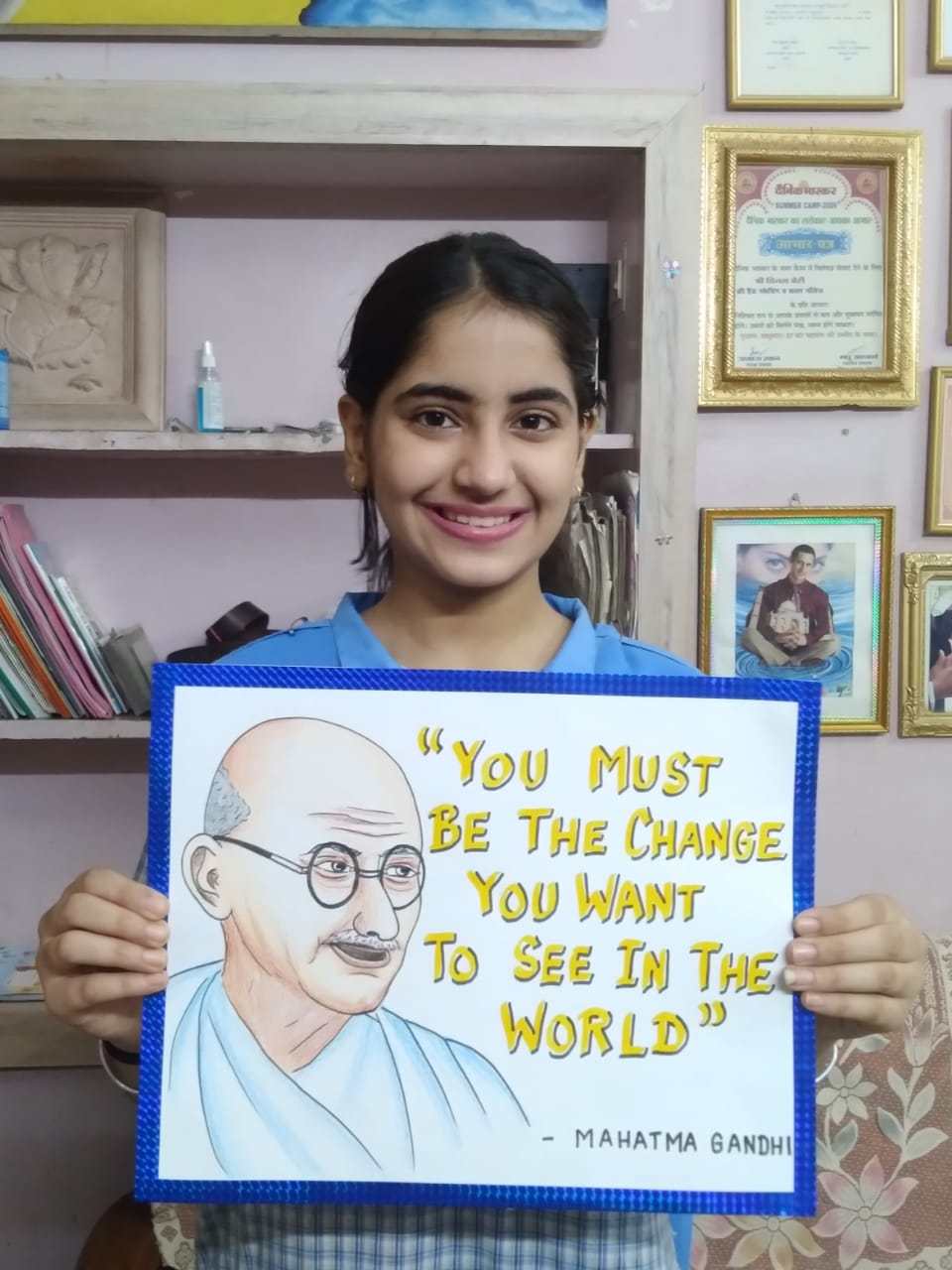 To express our sincerest gratitude, a special assembly was conducted on the auspicious occasion of the birth anniversary of Mahatma Gandhi and our former prime minister of
India, Lal Bahadur Shastri Ji in school and virtually also. The students came up with some amazing ideas to express their love and respect towards eminent personalities. Here are a few glimpses of the day. 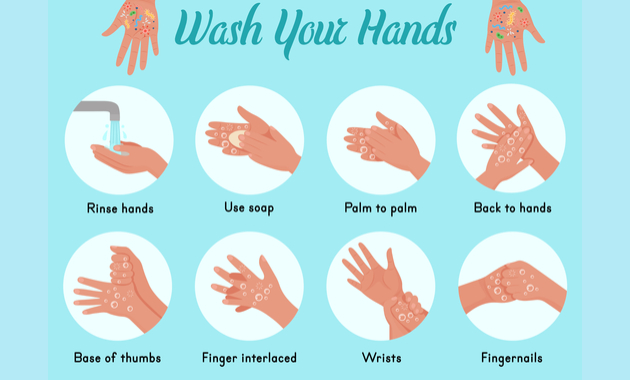 Seeing the current condition where the entire world is struggling to get rid of the brunt of Corona, we all are well familiar with the fact that the virus transmits through direct contact. Therefore, it is very important to keep ourselves hygienic and tidy to stay safe. This month, our children have come out with multifarious remedies of being safe and sterile through original pictures of personal hygiene and posters to keep the surroundings clean and green. 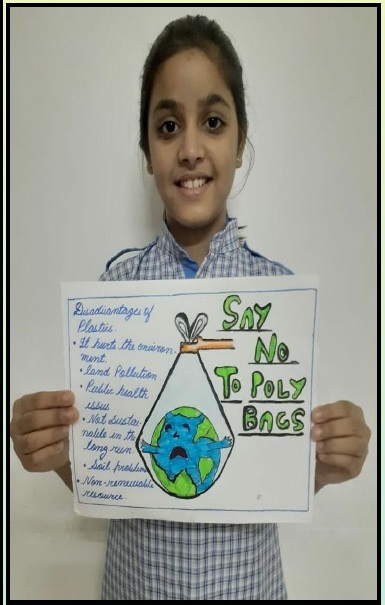 Say 'No' to Plastic- A step towards a better tomorrow!

Seeing the prevailing condition and with strong determination to recoup our planet and its creatures, our children spread words of motivation and came forward with several ideas of how we can protect our planet by just saying ‘No’ to Plastic. 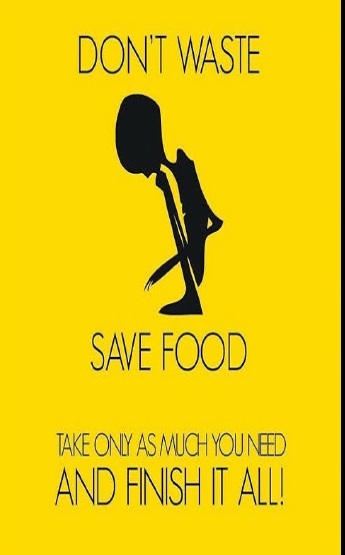 Awareness of food loss and waste

Do you know???
* Over 1/3 of all food produced globally goes to waste.
* Reducing food waste is the #1 solution to the climate crisis.
*In most developed countries, Over half of all food waste takes place in the home only.

To spread awareness of food waste and loss, our children came forward and unfold strong messages with the help of beautiful posters, captions and drawings. 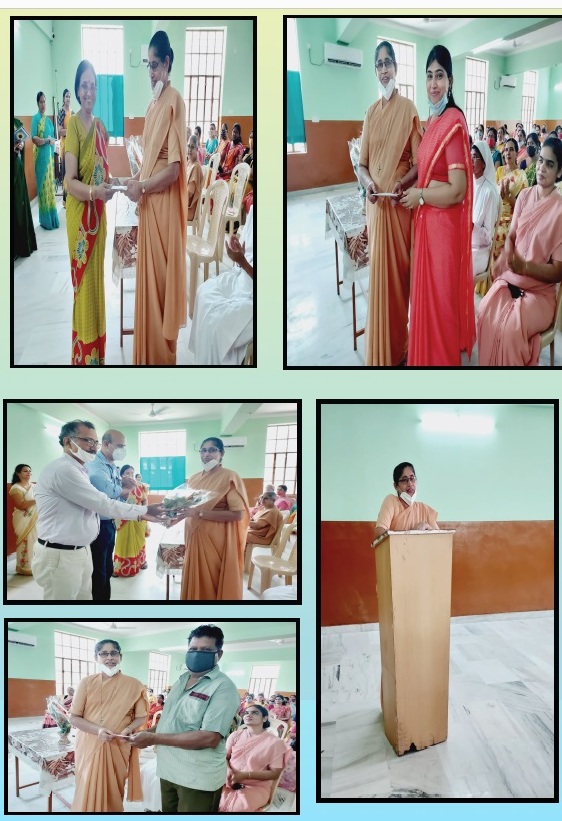 On the very auspicious feast day of our dear Sr. Leena, a divine and spiritual prayer
service was conducted by the monthly coordinators for the well being of Sister and her beloved family. 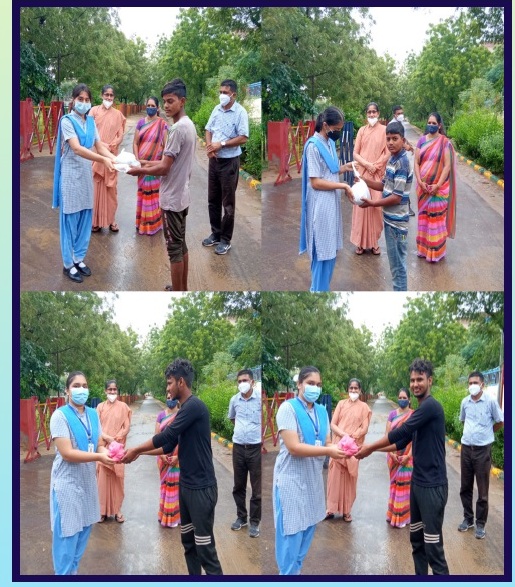 “That service is the noblest which is rendered for its own sake.”

Consciously or unconsciously, each one of us believes in rendering services. If we cultivate the habit of doing this service deliberately, our desire for service will steadily
grow stronger, and it will make not only for our happiness but that of the world at large. This month we too rendered a helping hand to help the needy ones that brought smiles on their faces. 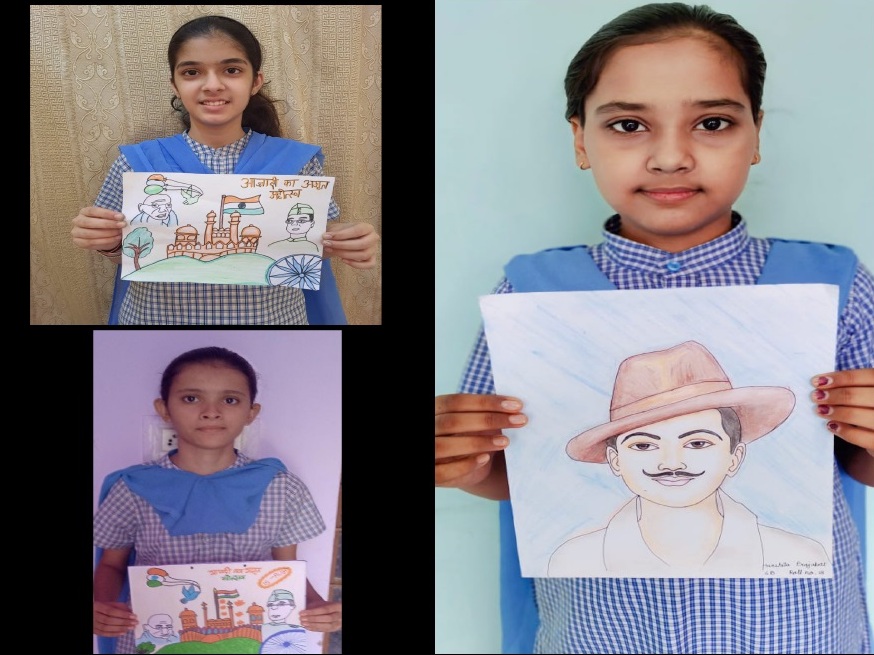 What is ‘Azadi Ka Amrit Mahotsav’?
Azadi Ka Amrit Mahotsav is an initiative of the Government of India to celebrate and
commemorate 75 years of progressive India and the glorious history of its people, culture and achievements. This Mahotsav is dedicated to the people of India who have not only been instrumental in bringing India thus far in its evolutionary journey but also hold within them the power and potential to enable Prime Minister Modi’s vision of activating India 2.0, fuelled by the spirit of Atmanirbhar Bharat.

Our students of classes VI-VII actively participated in Azadi Ka Amrit Mahotsav wherein they made beautiful posters based on the given theme for September. Let us dive into the aroma of being independent for 75 years. 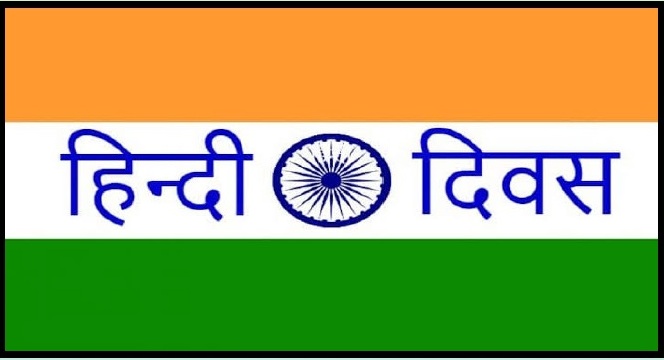 The language and culture of any country play an important role in making people connect with other people and helps in making a strong nation. Hindi is a language of affection, being united and brotherhood. HINDI DIWAS is celebrated on 14 September with great pride and vigour as Hindi was adopted as the official language of our nation, India on September 14, 1949. To pay tribute and mark the significance of the country’s most widely voiced language, our children prepared Dohe, charts on this day. They also prepared a video depicting the importance of ‘Hindi’ in our lives. 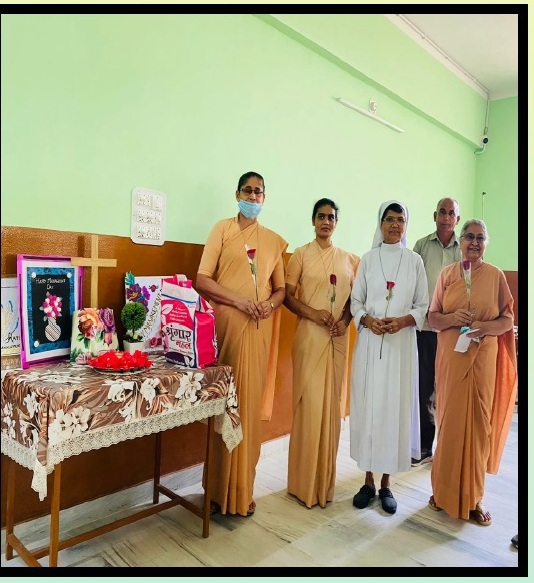 This year, Management day was celebrated with great fervour and enthusiasm. To celebrate and commemorate God's greatest work: his salvific death on the Cross and his resurrection, through which death was defeated and the doors to Heaven opened, our students prepared a virtual programme to express gratitude and love. The children also prepared beautiful cards on the promising occasion of Management expressing their fondness and respect. 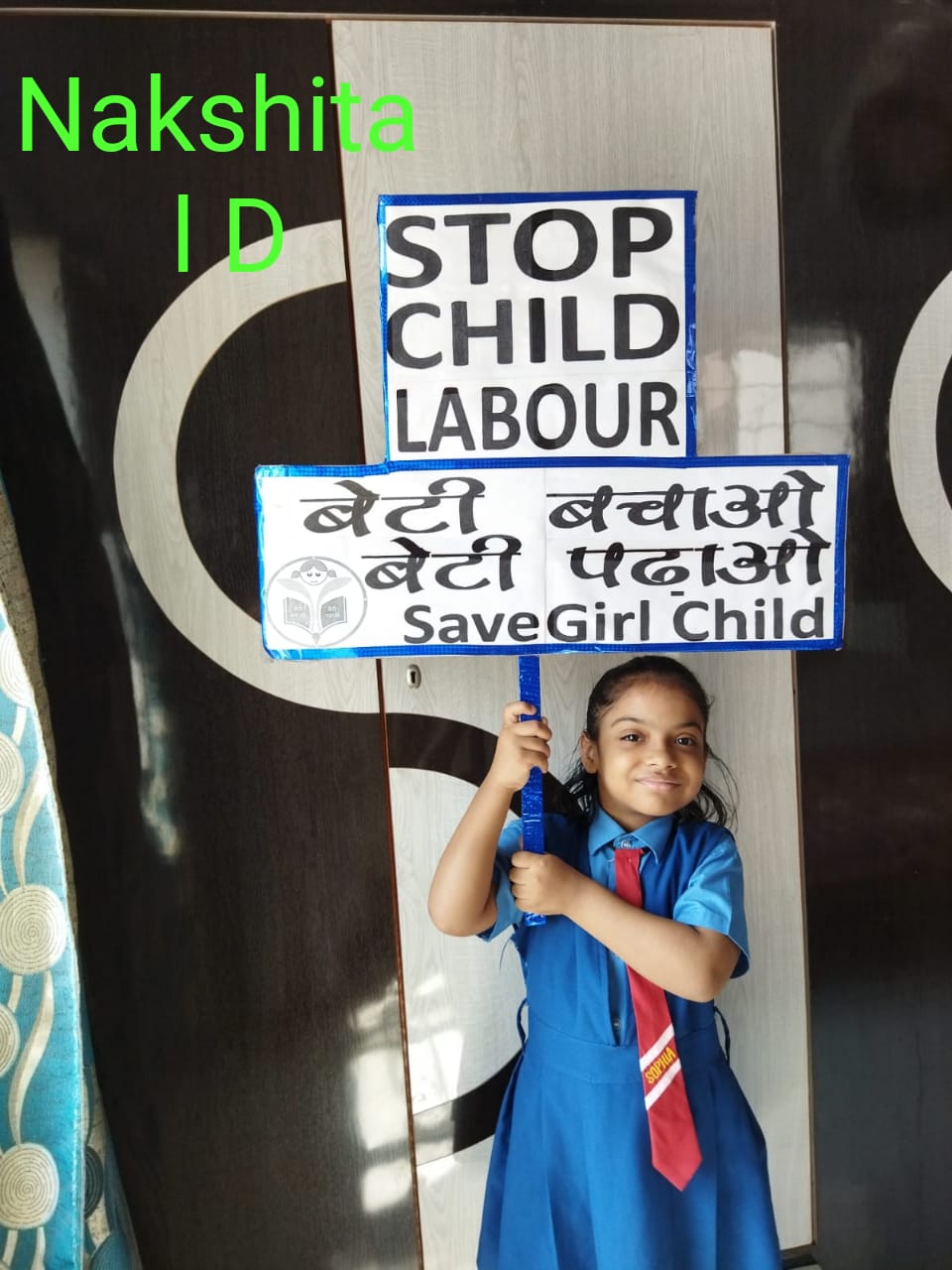 On 8 September the Sophians of Primary Section celebrated Girl Child Day and birthday of Mother Mary. The motto of this day is to promote the position of girls among society's people. Mother Mary is the greatest of all mothers and mother of Lord Jesus Christ. Therefore "Empowering the girl child means empowering the future." by these words the angels of class V surrendered their prayers to the almighty for the well-being of girls all over the world. In the continuation of this program girls of class IV expressed her views by delivering a powerful speech and the students of class III recited poems, class II students expressed their emotions by whirling on the tips of their wings. In the last class 1 student told, how the girl child contributes to this world by serving as a doctor as a painter or as a minster.